A pioneering objective: for the first time, to demonstrate the feasibility of industrial-scale production of polyamides starting from bio adipic acid obtained from renewable raw materials, including waste oil and by-products of the oil industry. Potential application sectors for the process and products are textile/fashion, automotive, design, electrical and electronics. This major sustainability-and-circularity-oriented goal has been achieved by RadiciGroup. The research was conducted through the Ulisse project and experimentation was performed in collaboration with research centres and universities. Partial funding was received from the Region of Piedmont, within the scope of the “Call for Proposals IR2 (Industrialization of research results)”.

The Ulisse project focused on three main areas of research, all of which had the same general approaches: firstly, the experimental processes developed within the Ulisse project framework were industrialization oriented; secondly, they had a strong innovative component; and, lastly, they implemented the principles of sustainability and the circular economy in real-world applications.

The first area of research concerned the design and construction of a polymerization line for the industrialization of a range of innovative bio-based, high-performance polyamides. For this purpose, a production plant on a semi-industrial scale was developed; it is highly versatile, capable of limiting production waste while, at the same time, meeting the requirements of many sectors, such as fashion, automotive, textiles, contract, industrial, electrical and electronics. 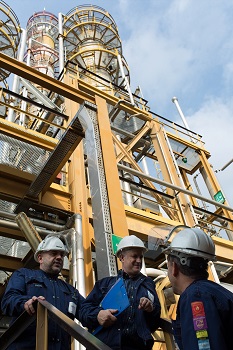 Finally, investigations were carried out on the feasibility of using biotechnology to produce adipic acid - a chemical intermediate used in the production of polyamides, polyesters and polyurethanes - from renewable sources (waste oils and by-products of the oil industry). That research created from scratch an alternative technology for a process whose chemistry had remained unchanged since the 1930s. As part of the project, a few tons of bio adipic acid were produced, with the support of Rynetech Bio, an American company with vast experience in the field of industrial biotechnologies.

This collaboration has made it possible to acquire and bring to Italy, and particularly the Piedmont Region, significant skills, know-how and technologies in the field of fermentation processes and knowledge in the field of molecular biology and genetic engineering for the synthesis of chemical intermediates from renewable sources. The next challenge will be to achieve the actual industrialization process, making the possibility of producing a fashion item from waste oil a reality.

The Ulisse project has also had a positive effect in terms of employment. An advanced training project and an apprenticeship programme were completed with the goal of filling five new positions (researchers and technicians), specifically, a chemical engineer, an industrial engineer, a biologist and two chemical technicians, with a consequent positive impact on the company's organizational structure and community. The new positions will be involved in areas related to the Ulisse project. In the long term, it is estimated that other human resources may be added to handle the polymerization line.