The association of European plastics processors, EuPC, highlights the negative consequences of the strict deadlines imposed by the SUP (Single-Use Plastics) directive on the legislative activity and markets of the European Union member States.

In a press release it points out that the deadline of July 3, 2021, for the transposition of the SUP Directive has ultimately come and the current status of the legislative processes throughout the EU shows an unprecedented fragmentation among EU member States. National legislators are currently rushing into their legislative activities in the attempt of meeting the strict timeline set at EU level.

“The Commission should have realised the disruptive impact of the Single-Use Plastics (SUP) Directive on businesses and how lengthy national legislative processes can be. Those changes cannot be done overnight and the fragmentation of the EU single market is now an unavoidable scenario having severe consequences on employment and businesses losses in the EU”, Alexandre Dangis (pictured below), EuPC Managing Director, says.

The SUP directive, the press release continues, is a peculiar piece of European legislation that leaves considerable room for interpretation to the national legislators. Member States are developing dissimilar understandings of many pivotal concepts, which will eventually cause the impossibility to preserve the ultimate goal of the harmonization throughout the European Union.

EuPC highlights that the differences among EU member States are substantial, both in regard to the timeline of the transposition and the content of the legislative acts themselves. Many countries already proceeded with the notification to the European Commission of the draft texts for the transposition. Among others, France decided to take some distance from the provisions of the directive and, after gathering the feedback of many concerned stakeholders, one of the notified texts was recently sent back to the national legislator for amendment, causing further delays. Italy might be the only country to take the questionable decision of excluding bio-based plastic products from the scope of the transposition law, while in Sweden the delay  seems to be an unavoidable scenario due to the extremely high number of responses that the draft text of the national law received from the stakeholders. Many countries like Romania and Bulgaria have not made yet real steps towards the transposition. 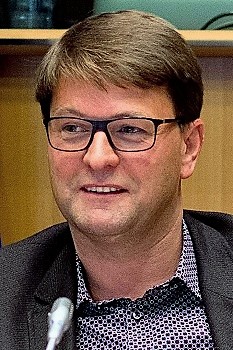 If timely provided, the long-debated Guidelines could have represented a great instrument for member States to build together a unified framework in the context of the national transposition. However, the press release adds, the guidance was only published at the end of May, just one month before the deadline for transposition, causing the document to lose its very raison d'être.

“The entire world is still paying the consequences of the outbreak of the pandemic, which, in the past year, has represented the main element of focus and concern both at EU and national level. Allowing a shift of the deadline as requested by our industry at the start of the Covid-19 pandemic could have granted the EU Member States enough time to properly consider all the legislative options, work on harmonization and properly exploit the clarifications provided by the Guidelines and the other implementing acts still”, Dangis says.

Now, EuPC concludes, the focus will be put on supporting national stakeholders in their battle for a fair transposition of the Directive, trying to limit, to the extent possible, the expected negative consequences of those unprecedently rushed transposition processes which is only work for lawyers and eurocrats.