The process of a constitutional bill that includes the environment into the fundamental principles of the Constitution of Italy - laying the foundations for the necessary balance between the environmental interests with those of the economic stakeholders - is now well underway. The constitutional bill in question, which went almost unnoticed by mainstream media, was approved by the Italian Senate in first deliberation on June 9, 2021. The bill, which proposes the amendment of Articles 9 and 41 (on environment protection), is certainly interesting as it contributes to establishing the legal framework for an effective protection of the environment and, from time to time, will allow a fairer balance with the other interests that are already included into the fundamental principles of The Italian Constitution.

However, there is still some way to go. The constitutional bills must be approved by each branch of Italian Parliament (in plenary assembly or by the competent deliberating committee) in two successive deliberations with an interval of not less than three months, the second of which requires at least an absolute majority of the members, as well as the possibility of a referendum. However, the process is heading in the right direction, because the environment was not even mentioned in the original Constitution of 1948, which only recognised and protected the landscape (Article 9). With the reform of 2001, the environment finally found a place within the Italian Constitution. A recognition that is certainly not up to the importance of the matter, especially in our days, above all when considering the emphasis that the EU places on environmental issues, for example with the publication of the well-known "package" of directives on the circular economy in June 2018. In fact, in Italy, the environment is currently included in the list of the areas under the exclusive legislative competence of the State, as the last item of Title V, Part II, Article 117 of the Constitution of Italy. 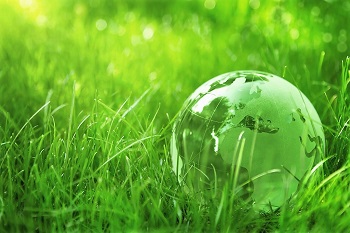 For a "widespread" interest such as the environment - so considered by the Constitution, that is, belonging to an indeterminate plurality of subjects all characterized by the fact of being simply citizens - today there is the possibility of acquiring the right status in the Italian legal system, appearing among the fundamental principles grouped in the first 12 articles of the Constitution. The bill proposes to add a paragraph, "[the Republic] protects the environment, biodiversity and ecosystems, also in the interest of future generations. The law of the State regulates the ways and forms of protection of animals" to Article 9. Therefore, immediately after the protection of culture, research, landscape and historical and artistic heritage, the bill includes the environment also with reference to the principle of sustainable development, protecting the interest in the environment of future generations.

In the event of approval of the bill, paragraph 2 of Article 41 adds other elements of interest, considering the public health and the environment as factors that would limit the methods of exercising an economic activity that may cause damage, while paragraph 3 of the same article 41 would provide that environmental purposes could also direct and coordinate public economic activity , together with the social purposes already provided for in the current version of the article. Pending the completion of the approval process, some considerations can be made that unite the positions expressed by important constitutional experts on the subject and corroborated by recent rulings. First of all, the hypothesis of a possible prevalence of the environmental interest over the economic interest. This interpretation, was already taken into consideration by the rulings of some regional administrative courts (see, for example, TAR Abruzzo, Pescara, judgment of 13 February 2012, n. 73, according to which "the hierarchy of values outlined at the constitutional level involves the prevalence of environmental interest over economic interest, however relevant they may be"). 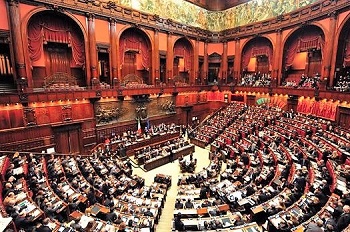 There is no doubt that the inclusion of the environmental interest into the fundamental principles of the Constitution of Italy will often call the legislative bodies to the difficult task of providing regulatory approaches for guaranteeing the delicate balance between the protection of the environment and the free economic initiative. An example above all is the balance between the need for administrative simplification to speed up the authorization processes for enterprises - a delicate current topic - which must necessarily allow the implementation of environmental protection and sustainability standards.

Braccialetti in composito stampato in 3D