Visitor preregistration opened on January 15 for Plast 2018, the international exhibition for the plastics and rubber industries taking place at FieraMilano in Rho-Pero (Milan) from Tuesday May 29 to Friday June 1, 2018.

By preregistering (on the visitors page of plastonline.org), operators intending to visit the exhibition can request two free admission tickets to Plast 2018 and to each of the other exhibitions in The Innovation Alliance (Ipack-Ima, Meat-Tech, Print4All, Intralogistica Italia).

Given the strong international nature of Plast - there were 700 non-Italian exhibitors and over 18,000 operators from an impressive 115 countries at Plast 2015 - a high number of visitors from abroad is expected this year. The Plast office offers them logistic support (thanks to an agreement with the travel agency Gattinoni Travel Network), including assistance in obtaining entry visas for Italy, where necessary.

Thanks to the collaboration of ICE-Italian Trade Agency, delegations of reputed buyers are being invited from some thirty countries. An intense B2B meeting programme with Plast 2018 exhibitors is being organized for these operators, who represent companies in various segments of the plastics and rubber processing industry, from extrusion and blow-moulding to injection moulding, thermoforming and recycling. 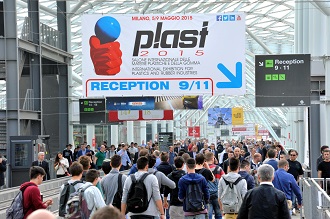 “With five months to go before the exhibition”, states Alessandro Grassi, president of Promaplast, the organizer of the event, “more than eight hundred direct exhibitors have confirmed their participation in Plast 2018, which will occupy fifty thousand square metres. Three years ago, at the same relative point in time, there were approximately seven hundred eighty exhibitors and just over forty-six thousand square metres of exhibition space.

“Exhibitor expectations”, continues Grassi, “are thus quite positive, with growth particularly in the number of foreign exhibitors, providing further confirmation of the growing international stature of the exhibition, which will be Europe’s most important tradeshow for the sector in 2018, as underscored by the continuing sponsorship of the Italian Ministry of Economic Development.

He concludes: “This all in a general and sectorial economic context that continues to demonstrate concrete signs of recovery: exports of Italian machinery were up 16% in January-September 2017, with an estimated full-year production value for the entire sector at 4.5 billion euros (outperforming the pre-crisis record of 4.25 billion in 2007). These figures give us cause for hope in 2018 and for the outcome of Plast 2018”.

The upcoming edition of Plast will also feature three satellite fairs dedicated to three industries of excellence in the sector: Rubber (staged for the third time, devoted to the whole rubber industry), 3D Plast (which returns for the 3D printing and related technologies) and Plast-Mat (the new show focused on innovative plastics solutions).

The upcoming months around the world are filled with important specialized tradeshows, where Plast 2018 will have a presence, continuing its promotional roadshow for potential visitors: 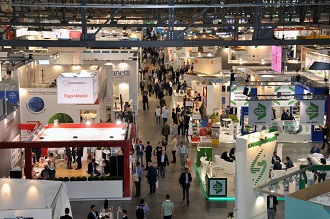 The www.plastonline.org website is constantly updated with news, figures, and useful information for exhibitors, visitors, and the media. In particular, exhibitors’ news will be published regularly, providing previews on novelties displayed on show.
Share:
Back to previous page