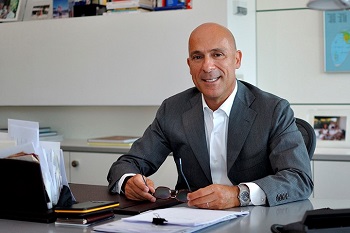 "The results obtained in the first half of the year, in a macroeconomic scenario marked by a strong uncertainty, confirm the soundness of the strategy of the Piovan Group which, thanks to its widespread and global presence, has been able to closely support its customers, further increasing its market share and strengthening its business relations,"  said Nicola Piovan (picture on the right), executive president of Piovan. "We are proud of these results and also of the recognition gained by the Piovan Group in the field of sustainability and the development of biopolymers, which is testified by the award won by the subsidiary Pelletron for the most significant project in this field in Asia. We are also confident that our positive performance will continue in the coming quarters," added Filippo Zuppichin (picture below), CEO of Piovan. 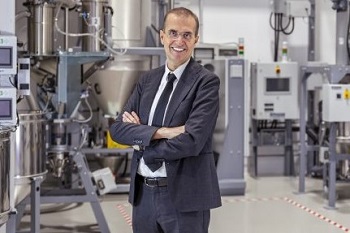 As for the breakdown of revenues by business area, plastics are growing, driven by good performance in Europe and Asia, while the packaging and consumer & technical areas are always very lively, and the automotive sector shows a slight rebound thanks to the investments in new electric car models. The market trend is still positive in most of the relevant sectors. The order inflow during the first six months of 2022 was strong and the backlog as at 30 June 2022 remains high. Despite these positive results, risks are persisting in relation to on-going global problems in the supply chain that have prevented the group from expressing the full potential brought about by the high value of its order portfolio.

Through its subsidiary, Pelletron, the Piovan Group received a major order from NatureWorks - one of the world's largest producers of biopolymers -  for the automation of their first production site in Asia. The Piovan Group has also confirmed its commitment to circular economy by engaging in the research and development of advanced technological innovations aimed to allow converters to use recycled polymers for obtaining quality products with a low environmental impact, reducing CO2 emissions and the consumption of our planet’s scarce resources. The group has seized the opportunities offered by the European legislation on the production and use of plastics thanks to its advantageous position at a technological level. In recent years, in fact, it has registered various patents related to recycling. Currently the Piovan Group, on the basis of the results of the first half of 2022, estimates that more than 20% of its revenues  - excluding those from Ipeg -  within the segments in which the use of recycled plastic is significant, can be attributed to the group’s operations linked to the circular economy.

During the first half of the year, the group established a new company in China with the task of building the local headquarters for the subsidiaries in the Asian region, dedicated to the design and production of complete automation systems for the treatment of plastics and food powders, as well as of refrigeration solutions.

In January 2022, the Piovan Group completed the acquisition of the U.S. company Ipeg along with its brands Conair, Thermal Care and Pelletron. This will allow the group to strengthen its global reach; consolidate its competitive position in North America, where the Piovan Group is a leading operator; increase the market coverage in Mexico and Asia; expand in the Indian market; develop young talents and human resources by sharing the best practices of both organisations.