Podium for bio-BDE from Versalis and Genomatica

The bio-butadiene (bio-BDE) technology developed by Versalis (Eni) in partnership with Genomatica has been named winner of the Environmental Achievement of the Year within the “Tire Technology International Awards for Excellence and Innovation”, the European independent award program for the tire industry.

The judging panel, composed of 26 international tire industry experts, analysts, business members and academia, awarded the process developed by Versalis and Genomatica to produce 1,3 bio-BDE from renewable resources and bio-fuels from first and second generation sugars via 1,3 butanediol (BDO) and subsequent dehydration.

Tech company - with Versalis having the majority stake - to license this technology. In 2016 the two partners announced a successful pilot-scale production of high purity bio-BDE which was then polymerized into bio-rubber (specifically, bio-polybutadiene), thereby reaching an important objective.

The 1,3 bio-BDE technology represent a significant milestone for the rubber industry, and to the broader industry for butadiene, one of the most widely-used chemicals in the world. 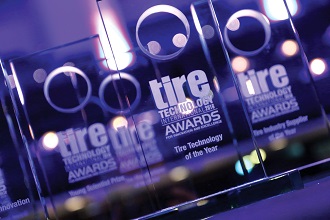 Versalis and Genomatica have fine-tuned a sustainable process to make bio-based butadiene (bio-BDE) from renewable feedstocks. In 2016, the two partners announced successful pilot-scale production of bio-BDE, a relevant achievement for both the rubber industry and, since this shows a major advance in innovation and sustainability, for the broader industry for butadiene, one of the most widely-used chemicals in the world, with over ten million tons produced per year. To accomplish this, the partners chose an approach of using a microorganism designed by Genomatica to produce 1,3-butanediol (1,3-BDO); Versalis then applies its skills in catalysis, process engineering and polymers to dehydrate the 1,3-BDO to BDE, and then make rubber from that. This approach is designed to facilitate completion of a cost-effective, readily-deployable commercial-scale process around the world.
Share:
Back to previous page