On the occasion of VinylPlus Sustainability Forum 2022 (VSF2022), VinylPlus announced the results of the first year of its 2030 Commitment. Livestreamed from Brussels, VSF2022 gathered online around 500 participants from 40 countries. Under the theme “Embracing EU Green Deal Ambitions”, perspectives and scenarios generated by the current EU policy landscape were discussed, as well as their impact on the plastics and PVC industry.

Despite the difficult economic conditions, 810,775 tonnes of PVC waste were recycled and used in new products within the VinylPlus framework, which represents around 26.9% of the total PVC waste generated in 2021 in the EU-27, Norway, Switzerland and the UK. VinylPlus recycling rate is above the 23.1% recycling rate estimated by AMI Consulting for the overall plastics recycling in Europe in 2021.

The VinylPlus 2030 Commitment to sustainable development aims to proactively contribute to addressing priorities at the European and global levels. Three pathways and twelve action areas have been identified through an open process of stakeholder consultations. They embrace the PVC value chain’s circularity, its advancement towards carbon neutrality, minimisation of the environmental footprint of the PVC production and products, and its engagement with stakeholders and global coalitions. 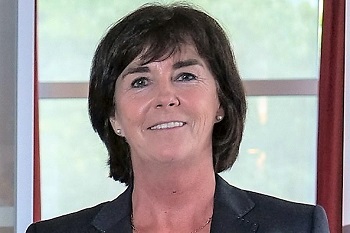 “With our Commitment to 2030”, Brigitte Dero, Managing Director of VinylPlus, stated, “we aim to contribute to the United Nations 2030 Agenda for Sustainable Development, with a particular focus on sustainable consumption and production, climate change and partnerships. This, in full alignment with relevant EU policies under the European Green Deal, such as the EU Circular Economy Action Plan and the EU Chemicals Strategy for Sustainability.”

In line with the EU Circular Plastics Alliance’s (CPA) principles, VinylPlus is committed to ensuring the proper traceability of waste. In 2021, Recovinyl launched RecoTrace to further enhance its recording and tracing schemes for recycling volumes and the uptake of recyclates in new products. RecoTrace is the first system to comply with the CPA’s monitoring requirements. 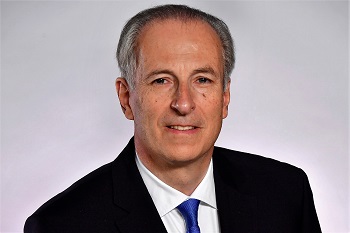 Commenting VinylPlus’ achievements in advancing its circularity ambitions, Stefan Sommer, Chair of VinylPlus, stated: “We have taken responsibility for accelerating the transition of the European PVC value chain to a more sustainable and circular industry. Our ambition is to be pacesetters in innovation and collaboration by acting at the forefront of the circular economy and sustainable development in the plastics sector. Once again, I would like to emphasise the efforts made to scaling up PVC value chain circularity. These have allowed us to recycle close to 7.3 million tonnes of PVC into new products since 2000, preventing the release of more than 14.5 million tonnes of CO2 into the atmosphere.”

Other VinylPlus flagship initiatives are represented by the Additive Sustainability Footprint (ASF) methodology, which was developed as a voluntary, European-wide approach to assess and promote the sustainable production and use of additives in PVC products; and the VinylPlus Product Label, the first certification scheme for plastic building and construction products that has been recognised as Responsible Sourcing Certification Scheme within Breeam - the world’s most widely used green building standard. In addition, two new sustainability schemes, the VinylPlus Supplier Certificates (VSC) for additive producers and compounders, will now allow raw material suppliers to demonstrate their sustainability efforts and facilitate converters in obtaining the VinylPlus Product Label.

The VSF2022 was also the opportunity to discuss how the European PVC industry will continue to work together to address circularity challenges, foster sustainable innovation and advance towards carbon neutrality, in the framework of the evolving policies under the EU Green Deal.

Analysing upcoming impacts of changing EU legislation on the PVC industry, Michael Ulbrich, Managing Director of Accenture, highlighted how the increasing level of regulatory pressure might pose even harder challenges, which VinylPlus should face through a careful choice of priorities and continuing to deliver concrete and science-based results and solutions.

Advancing circularity in the healthcare sector, VinylPlus Med represents the full spirit of the 2030 Commitment, being a perfect example of interconnection between different Pathways. Launched in 2021, the project aims at recycling discarded single-use PVC medical devices through a partnership among hospitals, waste management companies, recyclers, and the PVC industry. Initially launched in Belgium at the Europe Hospitals, VinylPlus Med currently has more than 29 hospitals on the waiting list. 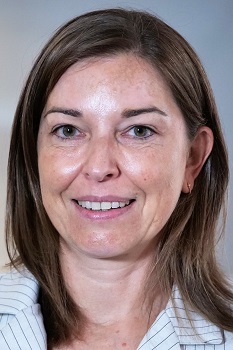 “For a recycling company such as Raff Plastics, projects like VinylPlus Med are important, as we assume that everything starts with a good collection. According to us, there are unfortunately still many materials that could be recycled but, due to unfavourable circumstances, are sent to landfill or incineration. A project such as VinylPlus Med ensures that everyone becomes aware and committed to working together for the renewal of raw materials” states Caroline Van Der Perre, Co-Owner and Manager of Raff Plastics.

The VinylPlus Product Label Awards Ceremony concluded the event, celebrating the VinylPlus partner companies that were awarded the Label in 2021 and 2022. “With its 10-year Commitment towards 2030”, concludes Brigitte Dero, Managing Director of VinylPlus “VinylPlus confirms again the united European PVC value chain’s dedication to creating a sustainable future and to ensuring that PVC remains a safe and circular material, fit for the circular economy. We are confident that the work we are doing, including with the other plastics sectors within the CPA, and in partnerships with institutions and stakeholders, can be recognized as a proactive contribution to the EU Green Deal.”