After the drop in revenues in 2020 (-11%), orders again growing for Italian manufacturers

After the record peak in 2017, substantially continuing into 2018, then followed by a cyclical setback in 2019, last year revenues for Italian plastics and rubber equipment manufacturers recorded a drop of 11.4% to a total value of 3.9 billion euros.

According to data from the Mecs-Amaplast (national trade association and member of Confindustria) Statistical Studies Centre, which were analysed accounting for Istat data, the result was caused by a contraction in the domestic market (-12.5%) to 1.96 billion euros and by a drop in sales on foreign markets (-11.2%) to 2.72 billion euros. A final factor was a 14.3% reduction in imports to 780 million euros.

An examination of the geography of exports in 2020 reveals a rise in sales in Europe, which represents 58.3% of the total (with good performance particularly in extra-EU markets), while Asia (falling to 16.7% from 17.5% in 2019) and North America (to 14.6% from 15.2%) lost some ground. Many of the top 10 export countries recorded double-digit drops, significant exceptions being +42% to Russia and +14% to Turkey. 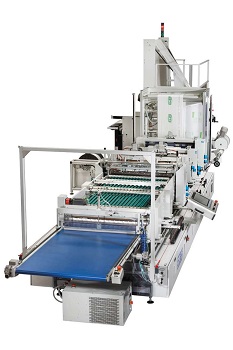 Analysing exports by goods category, the industry has recorded significant and widespread slumps in sales of almost all technologies, the only exceptions being plants for mono- and multi-filament and thermoforming machines, used to produce trays, cups, and other food packaging, which have witnessed rising demand as a result of new consumption patterns induced by the pandemic.

The expectations for a positive inversion of trend in 2020 after the downturn in 2019 were dashed by the Covid-19 emergency, which required the implementation of extraordinary containment measures - involving shutdowns of numerous production segments that were considered non-essential, including the plastics and rubber processing machinery industry, as well as travel re-strictions - which effectively blocked operations for a number of weeks. In parallel, the progressive spread of the epidemic in various countries generated a high level of uncertainty as regards the international macroeconomic outlook.

The main impact on the system was especially strong between the first and second quarter, followed by a recovery that accelerated in the last quarter, mitigating the overall negative result.

It also bears emphasizing that Amaplast members fared relatively well with respect to the overall sector. A comparison with 2019 reveals a drop in their revenues of 2.8%, which is quite minor considering the global context. As regards employment, on the other hand, we may actually speak of gains, with an impressive increase of 3.3%. 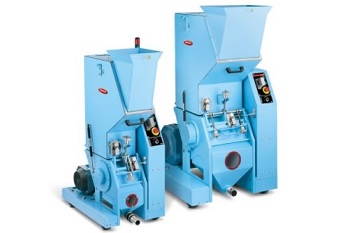 Overall, the year 2021 began in an encouraging manner: a rebound in production and exports is foreseen, although it might be overly optimistic to expect a return to pre-crisis levels within the space of a few months. This will be much more likely to occur in 2022.

Confirmation of the Transition 4.0 Plan, i.e. governmental incentives to replace machinery and equipment, will pump needed fuel into the domestic market, the one hardest hit in the past months. Significant recoveries in progress in certain key markets, such as China and the United States, will boost exports for the sector.

However, overall forecasts remain cautious because there is still strong uncertainty in many markets, influenced by the prolonged pandemic, the slow pace of vaccination campaigns, and the difficult process of resuming travel, especially internationally. We must also not forget that price increases have accelerated in the recent period for polymers, other raw materials, components, and maritime shipping costs.

In any case, affirming a countertrend with respect to 2020, half of the member companies that took part in a recent Amaplast survey reported growth in orders in the first half of 2021 with respect to the second half of 2020, albeit to varying degrees.

Inside 2022 a misura di cliente

Film a polimerizzazione rapida per auto di Classe A